It seems like Moz’s warning to webmasters has come true. We found that the DA score of many websites was plummeting by almost two digits.

This may cause havoc among a few SEOs who prefer Domain Authority over other metrics that calculate website rankings.

The announcement about the launch of its updated Domain Authority score was made by Moz’s Russ Jones in a blog post titled “A Comprehensive Analysis of the New Domain Authority” on Tuesday.

According to Jones, the new Moz DA is a much-improved metric and has data backed by a much larger link index than before. This could also mean that Moz’s Link Explorer will give you far better insights.

Why did Moz Update its Domain Authority Metric?

The new update came at a time when the Moz Domain Authority metric was under intense debate over its inability to filter out a few blackhat methods. Moz itself confirmed the same while teasing the launch of Domain Authority 2.0.

The new Domain Authority update boasts of its strongest correlations with SERPs and its ability to handle link manipulation.

The new Domain Authority metric is based on Moz’s improved machine-learning model. It now takes into consideration a number of new factors in determining the DA score of websites.

How did the Domain Authority gain prominence?

Moz Domain Authority became a quick successor to Google’s PageRank, which was officially dead by 2013.

The Moz Bar, an extension that provides SEOs with Domain Authority score and a few other features, replaced Google’s PageRank Toolbar as one of the most trusted ranking metrics.

Over the last few years, Moz failed to update the core algorithm that measures Domain Authority.

This coupled with the new Google Algorithm Update made Domain Authority less accurate, prompting a few users to change their preference to Domain Rating, which is a metric followed by AHREFs.

Now, with the new Domain Authority up and running, Moz wants to reiterate its position once again as a leader in providing the most accurate data for the users and SEO agencies that offer guest posting and blogger outreach services.

This just goes to show that the new Domain Authority is a double-edged sword for SEOs. We have found a handful of websites losing their DA and another batch improving their DA score.

We will be doing a detailed analysis of the sites that got hit and the ones that benefited from the latest Moz DA update soon.

We earlier predicted that the Domain Authority 2.0 may bring with it many ups and downs in the existing DA and PA scores.

Did you lose the Domain Authority of your website? Share your insights, and we might be able to help you get it back with our process-oriented strategy.

Here are a few discussions that are rife in SEO Forums after the launch of DA 2.0

“My DA has gone from 24 to 37. Another site, 24 to 16. No drastic change in rankings, but have been looking at DAs as one of the criteria for getting links from other sites,” says Drukpa via Blackhatworld.

“Hey guys, I have a question about the new domain authority. One of the challenges for us has been a competitor buying bad spamy backlinks to negatively effect us.

Will you guys have your own disavow option? or how else can we still get accurate data?,” asks a Moz community member with profile name CbdVapeGenius. 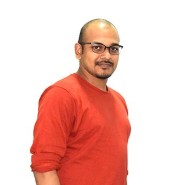 5 Must-Have WordPress Plugins You Can’t Do Without!

Moz to Update Domain Authority: New Features may cause Fluctuations in DA

MozBar Not Working? Here are a Few Fixes