Why and How to Start A Subsidiary Office In India?

If we rewind to 2011 for one of the greatest interviews of all time by Dr. Michio Kaku on, “ Are we ready for the Age of Abundance”; one can get the answer to why start a technology establishment in India.

Dr. Michio Kaku is an American, theoretical physicist and popularizer of science who clearly explains on stage about how technology has evolved and from where the talent for those technology evolutions had come from.

He gives you the answer as India!

India, one of the fastest developing countries in the world holds almost 17.5% of the world’s total population.

India stands tall in the Education market, producing thousands of creative engineers every year and the rate at which an average person becomes an able engineer grows without any plateau.

With new programming languages and technologies emerging in the market, India learns and adapts to work with the respective technology changes, making it one of the best countries in the technology market to choose among.

The Door to Outsourcing

The path to work with Indian resources started with the technique of Outsourcing. Outsourcing, in general, is defined by the process of having a third party organization to work on the complete or a part of the project at lower or competitive pricing.

Outsourcing is an arrangement in which one company provides services for another company that could also be or usually have been provided in-house.

Outsourcing can range from the large contract in which a company like IBM manages IT services for a company like Xerox to the practice of hiring contractors and temporary office workers on an individual basis. (Source – Internet)

IT and BPO services outsourcing first started in India and is dated back to mid-1980s. The large, English speaking, highly talented workforce who was available at competitive pricing was the main attraction.

The industry proliferated through the 1990s aided by the dot-com boom.  Growing ahead the year 2000 saw similar growth with work moving to India in down cycles to help companies cut costs and in boom times to capitalize on the readily and easily available creative talent.

India had sustained its market position even during the great recessions of 2008- 09 and had claimed its fame back around the mid-2010’s.

According to the business dictionary, The United States of America and Europe are the largest customers in the Indian outsourcing industry and account for 60% and 31% respectively of IT and BPO exports.

However, these metrics do not hold high on the trust and accountability factor, thus showing a slow and steep downfall in the outsourcing market.

Lack of innovation remains one of the top complaints about outsourcing. Outsourcing customers say that providers fail to bring any new ideas to the table.

Technology companies who had outsourced to India found great loopholes across years that question the accountability factor in the traditional outsourcing market.

The recent study on Outsourcing to India across various tech SMB’s in the US and Europe shows a steady downfall in Outsourcing engagement due to various trust factors like:

Understanding the talents left untamed in the Indian market, the technology companies across the globe had always been waiting on a new strategy, an innovation to the existing loophole that gives them trust, hold, accountability and satisfaction to get the best out of the investment they plan to deploy.

The Start to Insourcing Via Subsidiary Placement in India

There is always another side to a coin, the need for innovation to the existing Outsourcing model paved the way for Insourcing.

Insourcing, in general, is defined as the process of having the work performed in-house than having a third party organization take over the execution.

Delegating a job to someone within a company, as opposed to someone outside of the company (outsourcing).

One reason for Insourcing to occur is if a company had previously outsourced a particular task, but was no longer satisfied with the work being done on that task, so the company could, therefore, insource the task and assign it to someone within the company whom they believe will do a better job.

IBM holds pride in being one among the first technology giants to Insource in India by starting a huge technology base around 1992.

An article in Forbes magazine portrays a promising study made by LinkedIn on the World cities attracting technology talent in 2014.

The research shows the mind-blowing result on how India holds technology talent supremacy among the developing countries around the world.

For the 52 cities we looked at, the median percentage of new residents with tech skills were 16% or just under 1 in 6. Several Indian cities were clocking in more than double that. This is indicative of several trends; The Indian technology sector is experiencing explosive growth (though this should hardly be news to anyone). Source – LinkedIn

The top 10 cities among the 52 taken into study have 5 from India.  That’s 50% in the top 10 listings. Added, the three most popular categories of skills among these populations were split up between,

The cities that attracted a greater population with technology skills tended to fall distinctly under “Java Development” and “Web Development” categories.

These metrics show the abundance of technology experts and subject matter experts who are available in India and this leaves a great mark of hope for any company who is looking towards starting their subsidiary in India.

Following year, the technology giants around the world showed some substantial interest in starting their offices in India beginning with Amadeus Capital Opening their Office in India.

According to an article in 2014 VC Circle Magazine, Google Capital Opening an Office in India and is claimed to be the first outpost outside of US according to the 2015 TechCrunch Article.

The doors of Insourcing have best opted for the Small and Medium Business companies who are striving to hold the top position in the world market by beating down their competitors in style.

The sizeable English speaking, creative engineer crowd who can be employed at the INR, which stands comparatively lower to the USD, is a perfect bet for a royal flush. The best can be utilized when wise decisions are made.

How to Start an Office in India

India holds vast human resources and is one among the fastest growing nations in the world, and it provides immense opportunities for foreign companies to grow and diversify their business.

There exist lots of interests among foreign companies and foreign nationals to open a branch/liaison/project office in India or start a business in India.

The way to start an office involves a set of legal procedures and process that makes a safe and efficient business relationship with the nation.

There are four ways for a foreign business to conduct activities in India, through Subsidiary, Branch Office, Liaison Office or Project Office.

Each method is distinct and has unique purpose and RBI rules to qualify for a successful registration. Stan Ventures suggests the Subsidiary way as the best for Technology Companies when they would like to enter India for business. 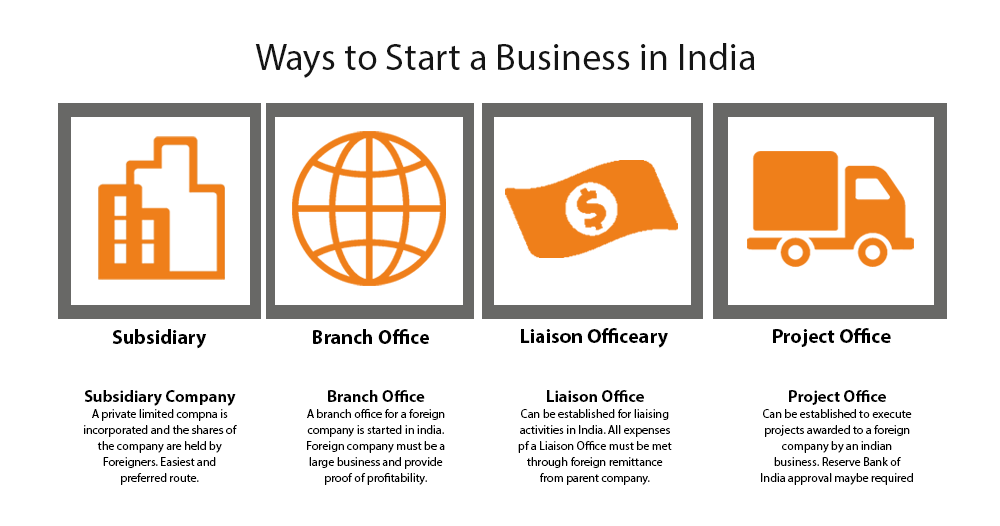 Starting a Branch Office in India

Companies incorporated outside India and engaged in manufacturing or trading activities are allowed to set up Branch Offices in India.

They are allowed to start their operations under the specific approval of the Reserve Bank of India. This type of business registration is best suited for manufacturing companies who hold a considerable revenue document and are looking towards a long-term establishment.

Starting a Liaison Office in India

Companies that are incorporated outside India can establish a Liaison Office in India with specific approval of the Reserve Bank of India.

A Liaison Office can only undertake liaison work, i.e., it can act as a channel of communication between the head office onshore and parties in India.

It is not allowed to undertake any business activity in India and cannot earn any income in India. The companies’ business net worth must not be less than 50,000 USD. This type of business registration does not match the entire purpose of a technology company.

Starting a Project Office in India

Reserve Bank of India has granted general permission to foreign companies to establish project offices in India, provided they have secured a contract with an Indian company to execute a project in India.

Added there are a couple of the legal statements that the company needs to meet before establishing in India. Project offices can meet their local expenses through inward remittances or from domestic earnings.

Starting a Subsidiary in India

For establishing the subsidiary we need to perform the  incorporation of a Private Limited Company in India, the following steps are followed by documents and paper works from the client:

A minimum of two shareholders is required for a private limited company. Hence, the holding company in the foreign country must pass a Board Resolution for incorporation of a company in India and the subscription of shares of the proposed Private Limited Company.

The international holding company can hold 99.99% of the shares of the Indian Company while 0.01% of the issued shares of the Private Limited Company can be held by an Indian, in trust with the foreign Company.

Once the Company is incorporated, and the Incorporation Certificate is obtained, the bank accounts can be opened, and the necessary licenses can be obtained.

Simultaneously, filings with RBI (Reserve Bank of India) can be made to indicate FDI (Foreign Direct Investment) in India through the automatic route.

The steps involved in having your Subsidiary registered is handled by expert legal and accounts team from Stan Venture who would enable fast, hassle-free and secure way to get the process done to receive the incorporation for the organization.

Stan Ventures has been in this market for some time now, and their ethical values towards the services offered have made them the trusted partner for Insourcing via Subsidiary Placement in India.

Stan Ventures is working closely with few technology companies across the United States, helping them to start their subsidiary in India.

We take pride to support one of the fastest growing boutique company from Chicago, Productive Edge LLC, to begin their subsidiary in India, The company adds one more location onto its global offices’ map, and this time it is in India.

Registered under Productive Edge India Pvt Ltd, the office is boosting its technology supremacy with 25 robust technology experts in the industry; Productive Edge is currently reaping out the ultimate power of Insourcing as the savings and profit margin are far more achieved than the roadmap we portrayed.

Productive Edge India Pvt Ltd is walking into 2016 with a massive vision of conquering the services market and expanding the Indian office to a Technology Base.

Edward Ritter is the Founder of WP Suites, a value-driven digital agency with a core specialty in Technical SEO. SEO and Digital Marketing keeps him on the go. He is always looking for ways to improve Technical SEO and help people save money while increasing their visibility and ranking. 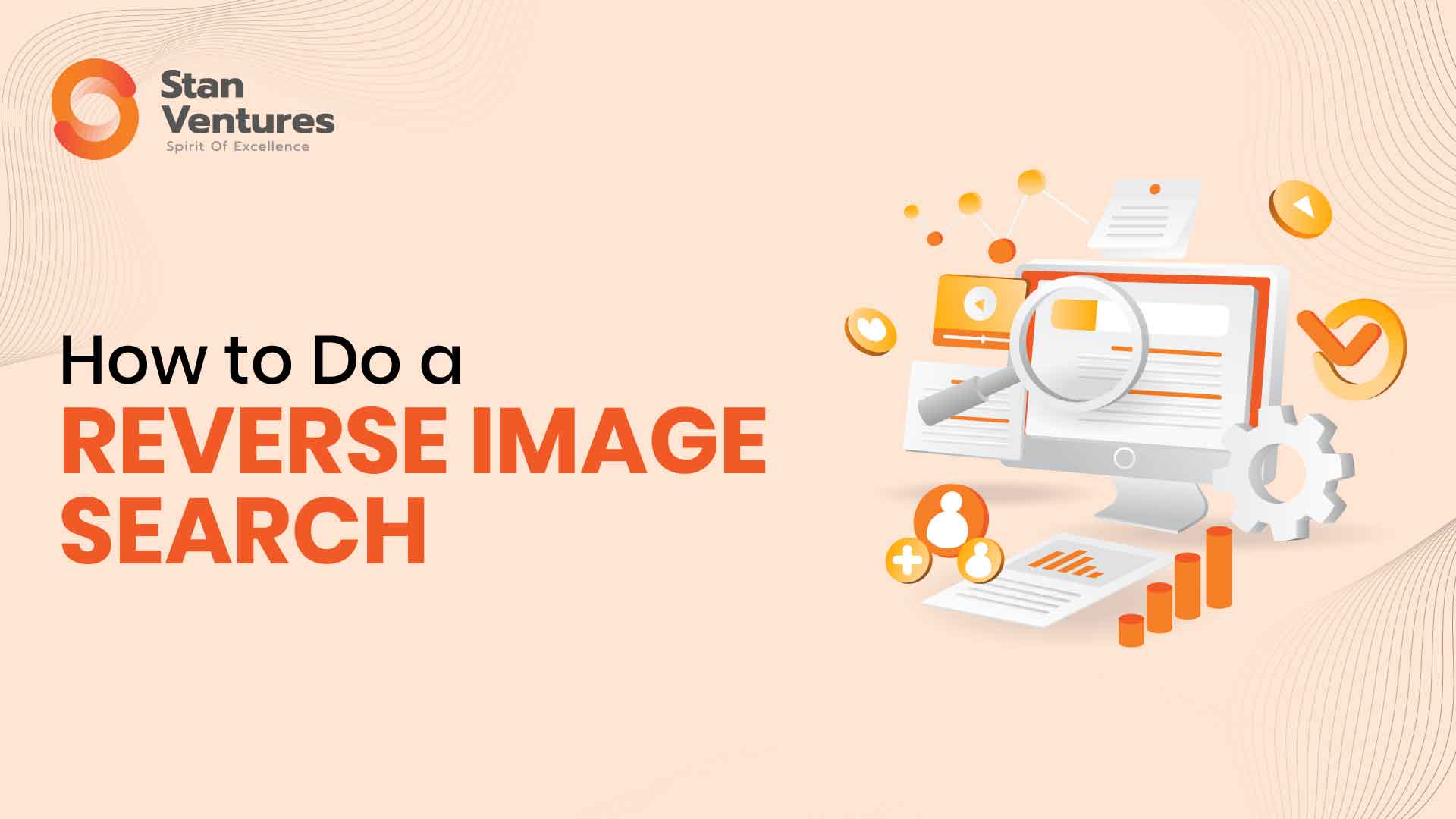 How to Do a Reverse Image Search Smartly in 2022 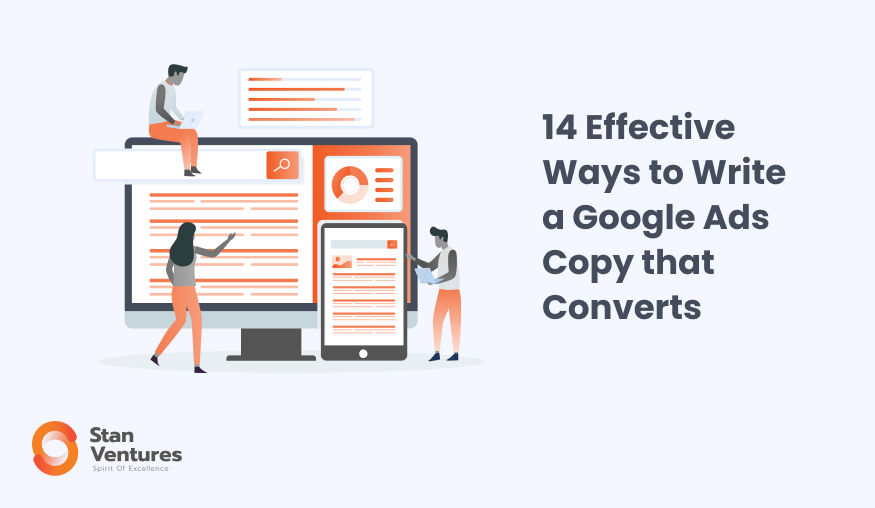 14 Effective Ways to Write a Google Ads Copy that Converts